365 Days of Art: March 13 – Elgin Marbles and Their Poor Conservation Are Subject of Letter 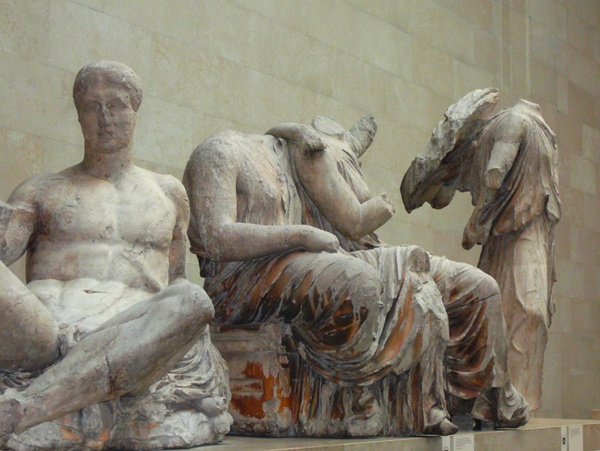 The "Elgin Marbles", created in Greece c. 5th century BC but housed in British Museum

The Elgin Marbles, sculptures taken from the Acropolis in Athens, and their poor conservation were the subject of a letter, written by the superintendent of the “moving and cleaning the sculptures” at the British Museum:

I think it my duty to say that some of the works are much damaged by ignorant or careless moulding — with oil and lard — and by restorations in wax, and wax and resin. These mistakes have caused discolouration. I shall endeavour to remedy this without, however, having recourse to any composition that can injure the surface of the marble. – Richard Westmacott

Although they were created in Greece, they’re called the Elgin Marbles because Lord Elgin, serving as an ambassador to the Ottoman Empire around 1800, received a controversial permit to remove them from the Acropolis and bring them to England. The victors write art history, don’t they?