Maura McGurk Featured in “At the Edge” Magazine 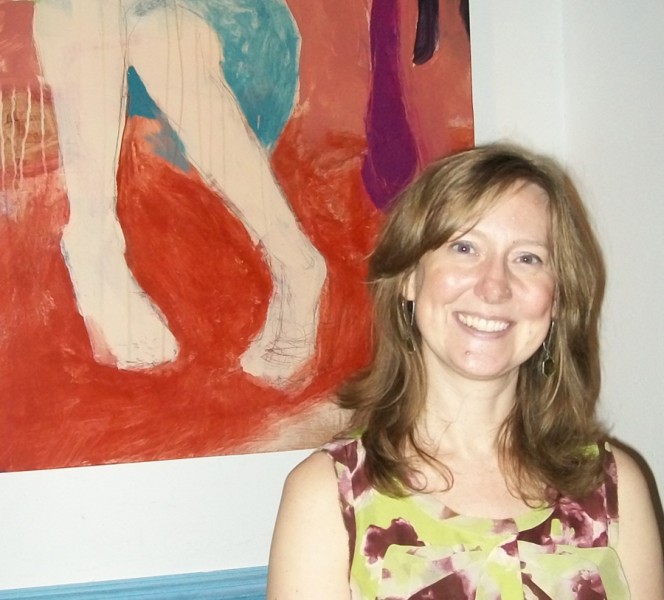 The premier issue of At the Edge magazine, an independent art publication which focuses on emerging artists in New York City, features artist Maura McGurk and her crusade against gay bullying.

The article discusses McGurk’s July 2011 solo exhibition, entitled Lavender Menace: Paintings by Maura McGurk in Response to Gay Bullying. The paintings in the exhibition were inspired by the deaths of several teens who committed suicide in Fall 2010 after being bullied because they were gay (or were thought to be gay). McGurk teamed with the It Gets Better Project to publicize the event, and donated 10% of proceeds to them to support their work with gay youth.

McGurk says that although the subject matter is weighty, the work itself is colorful and attractive.

“Whenever people hear the words abstract art, or gay art, or political art, they say “Uh oh”. I want my work to have a chance to tell its story, and so I try to make it beautiful through colors and textures, so you want to spend time with it. And if you spend time with it, hopefully something else will emerge. Lots of art has been made about war and tragedy, and some of it is really bleak and ugly. Let’s face it — tragedy is ugly. But I can’t make my work that way; that’s not me.”

The magazine has a particular passion for artists affiliated with the Hell’s Kitchen neighborhood of New York City. McGurk exhibited several paintings at the West Side Neighborhood Alliance (WSNA) offices during the HK Artist Studio Tours in June 2011, and the WSNA is covered in an article in the current issue as well.

Other articles include a history of Hell’s Kitchen, a monograph on Victorine Meurent (Édouard Manet’s model for Olympia and Le déjeuner sur l’herbe) and a spotlight on the International Women Artists’ Salon.

Details regarding purchase, as well as a launch party, will be released soon.