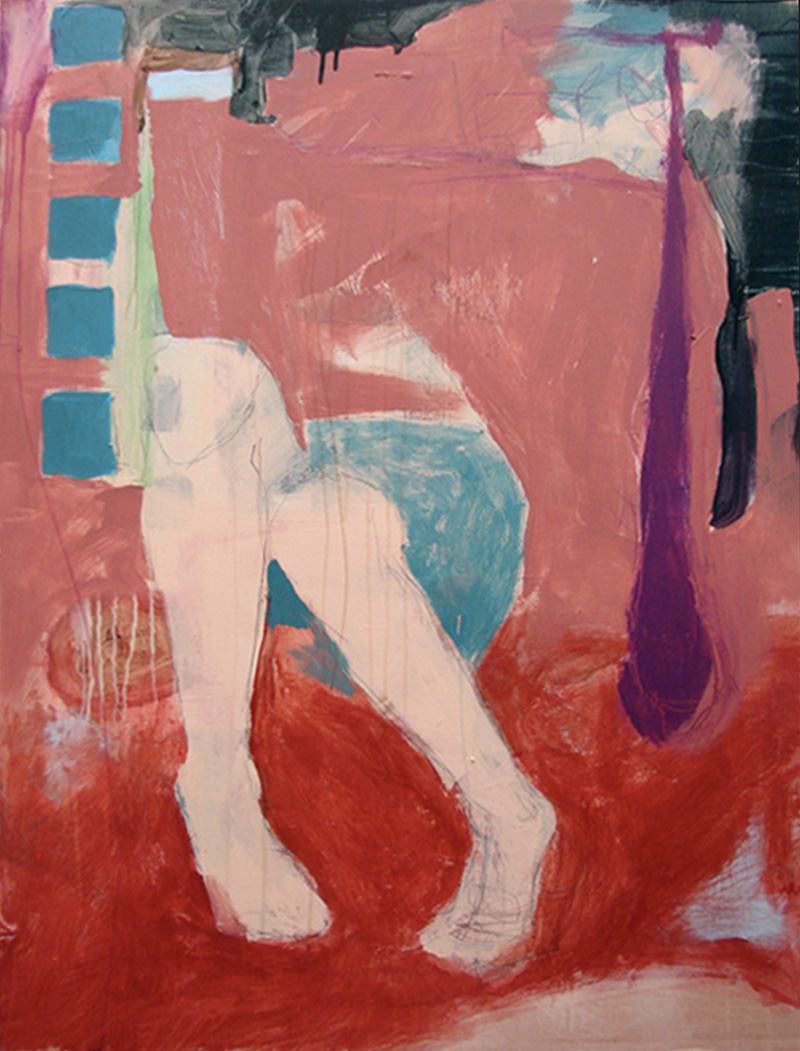 McGurk began this body of work in fall of 2010, on the heels of several suicides by teenaged boys who had been bullied by classmates. These suicides were well-publicized due to their sheer number and proximity in time: five suicides in the month of September received national attention, though possibly up to ten were documented in the US that month.

McGurk was shocked and saddened by this news, particularly the story of Tyler Clementi, the 18-year old who killed himself after being secretly filmed during a date and subsequently outed by his college roommate.

“I couldn’t get him out of my head. Imagine, he had just begun his freshman year — he wasn’t even a month into college”, said McGurk.

Around this time, McGurk went to the Vermont Studio Center for a month-long residency, where she began working on paintings that expressed her remorse about Tyler.

“I began the first painting by stenciling alot of words–literally quoting events–because this story was so specific, and involved texts and tweets and name-calling. But as I delved deeper into the story, I began unleashing colors more than words, and using dripping, dangling shapes and unsettling colors like yellow-greens to show the heartbreak, rather than talk about it.”

As an abstract painter, McGurk was surprised to realize that human figures were emerging in these works, though not necessarily in a realistic style. Legs appear in two paintings — In Secret, where they are bent at a vulnerable angle, and Fragile, in which a pair of cartoonish, spindly legs parade on their own in a field of green paint. Another, more classically abstract painting, Encounter, calls up the human figure less directly by using pinks and flesh tones, and a ferocious pencil scribble to suggest limbs and bodies in motion.

McGurk acknowledges that such expressive bursts of drawing in many of the paintings came from a sense of urgency and upset over the suicides. “The drawing within the paintings was a way to let out the heartbreak I was feeling for these kids. Just a very immediate, reflexive kind of thing that came from not knowing what to do with this terrible sense of loss. Sadness for kids I didn’t even know. Most of the paintings are built up slowly and thoughtfully, layer by layer, but sometimes I was too upset to work slowly and then the pencil came out and dug in.” Indeed, some of the pencil marks are not drawn lines at all, but desperate and furious tracks carved again and again through the paint. 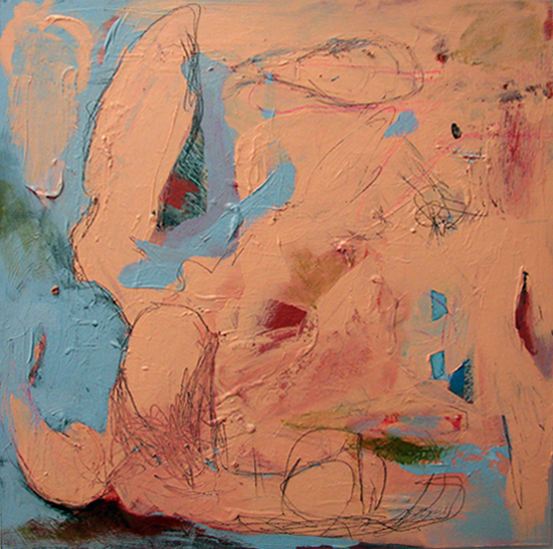 The public is invited to the opening reception of Pride and Prejudice, on February 22, 6:30 – 8:00 pm, at the Sapphire Lounge in New York City.