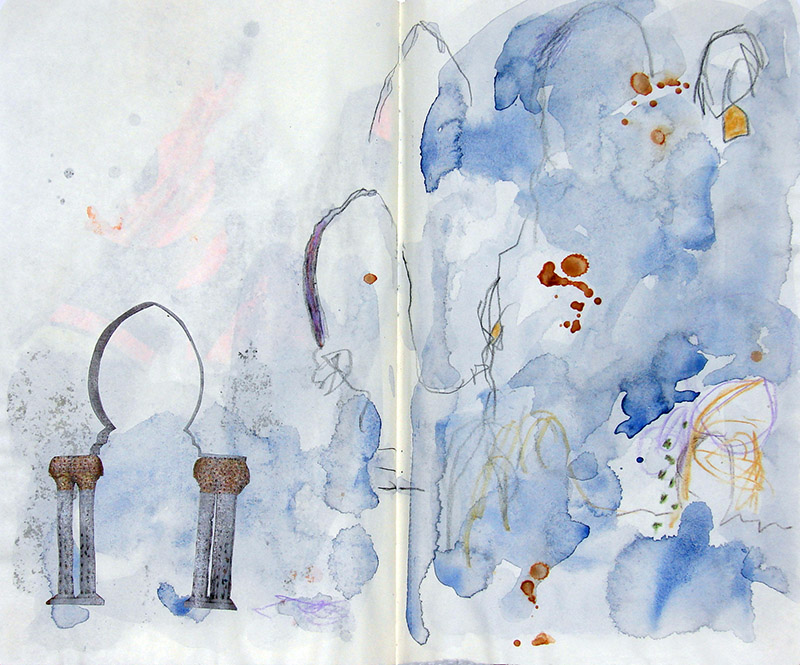 New York artist Maura McGurk has created a sketchbook as part of The Sketchbook Project, sponsored by the Art House Co-op, which will tour various cities around the U.S.

McGurk says:  “My sketchbook contains collages, drawings, and writings about my daily life from the fall and winter of 2009.  They reflect my individual concerns and adventures during this time–personal relationships, life in New York City, a business trip to the Middle East–and tie these daily observations into larger concerns such as the war on terrorism, and the fight for civil rights and gay marriage.  The sketchbook makes the case that the personal is political.”

The sketchbook tour includes stops in Boston, Los Angeles, Atlanta, Chicago, and Brooklyn.  At the conclusion of the tour, the books will be given a permanent home at the Brooklyn Art Library.

McGurk’s sketchbook can be viewed here.