The Oak and the Cypress: Roadblock 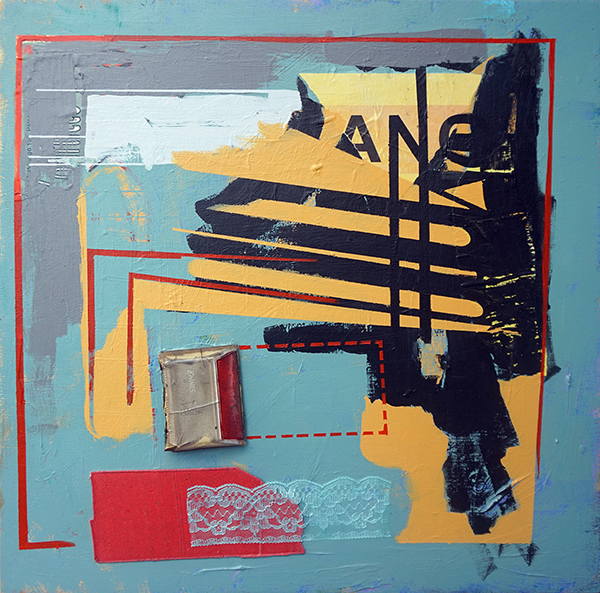 My father-in-law and I have a special relationship, one that’s humorous and tender. I could be wrong, but I don’t think our relationship would be nearly as sweet if I were a son-in-law. Recently, I’ve been thinking about him quite a bit. As the owner of an auto body shop for many years, he has a love of cars and driving. When I see something related to cars, I think of him.

I’m always on the lookout for found objects for my artwork, and often come home with something in my pocket. Besides the road reflector I found while running (I brought that dirty thing all the way back from Maui in my carry-on; I just had to have it), this composition is based in part on a diagram I saw of a fuel injection system. This depiction is so stylized as to be make-believe, and I don’t think any car buff would see it in there, so I didn’t mention that part to Frank.

Post-script: My father-in-law died about a month after this original post. In less than 12 weeks after that, my (now former) wife and I began divorce proceedings. My father-in-law did not live to see that, so I still think of him as my father-in-law, not a former or ex. This is a difficult post, for me, when reviewed in the present day, but I continue to hold very warm thoughts about Frank, and I’m glad I shared this when he was still alive.