365 Days of Art: March 5 – Pissarro Complains to Manet, and Gorky Undergoes a Colostomy 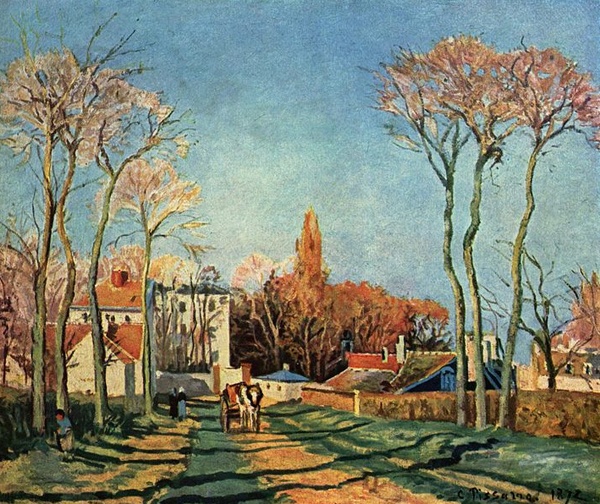 There are two events today worth writing about. The first gives an inside look at the Impressionists, who are often thought of as a unit, rather than individuals with competing agendas. The second…I just feel bad for Arshile Gorky. He had a hard time.

Camille Pissarro writes a passionate, desperate letter to Edouard Manet which reveals the underbelly of the Impressionists, especially their differing agendas and economic circumstances:

The exhibition [Eighth Impressionist] is completely blocked…We shall try to get Degas to agree to showing in April, if not we will show without him. If we do not settle the whole thing in the next four or five days, it will be dropped altogether. Degas doesn’t care, he doesn’t have to sell, he will always have Miss Cassatt and not a few exhibitors outside our group, artists like Lepic [a wealthy count]. If they have some success he will be satisfied. But what we [meaning himself and other impoverished, bohemian artists] need is money, otherwise we could organize an exhibition ourselves. I shall find out what Madame Manet [Berthe Morisot, Manet’s sister-in-law] thinks but I am afraid she will not want to appear with us if Degas does not. In that case the whole thing will be off–there won’t be any exhibition, for to spend money exhibiting at the same time as the official Salon is to run the risk of selling nothing. Miss Cassatt and Degas say this is no objection, but it’s easy to talk when you don’t have to wonder where your next meal will come from! 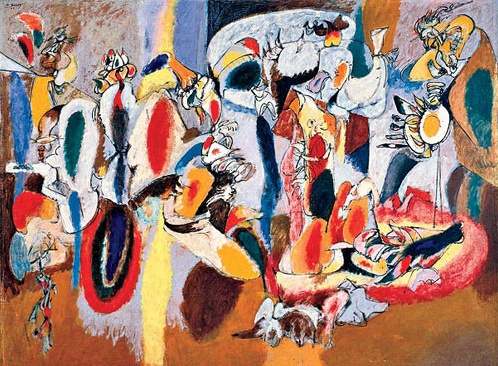 Following a diagnosis of rectal cancer, Arshile Gorky undergoes a colostomy at Mount Sinai Hospital in New York. It was a rough couple of months; six weeks earlier, on January 26, a fire in his Connecticut studio destroyed about 20 paintings.