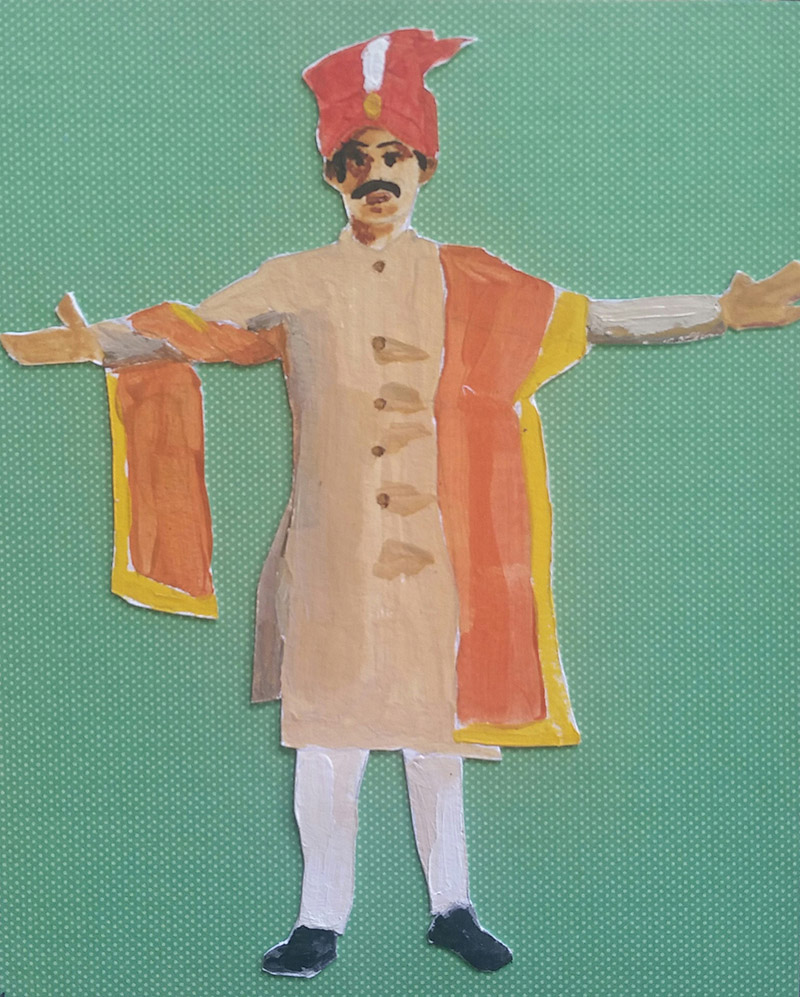 In the immediate wake of the hate crime in Orlando last night that killed 49 people (and possibly still counting) at a gay club, this Pride Painting is dedicated to all those affected by this sad moment. It makes me indescribably sad that while I’ve been compiling important queer moments these past 12 days, another one has simultaneously happened that will live on in queer history, because this killing now stands as the deadliest act of gun violence ever in the US.

While the Pride posts this month have been realistic about the limitations placed on our heroes, and the wrongs committed against our community, they are really about celebrating and honoring queer people and achievements. The emphasis is on the act of celebrating.

So while my heart is heavy with this news from Orlando, I don’t want our joy to be completely lost today. So in the spirit of celebrating our empowerment, and honoring our forebears, let me introduce Prince Manvendra Singh Gonil, the world’s first (and right now, only) openly gay royal. He came out in 2006, when it was still illegal to be queer in India (thankfully, the law was changed in 2009).

His goal in coming out was to change people’s minds in India regarding queers, namely, that homosexuality isn’t a Western influence, that it isn’t a caste problem, and to educate everyone about HIV/AIDS.

He founded an organization in India that works with HIV+ individuals, and in his home state, supports a restaurant that employs openly out and HIV+ workers. He strongly believes in “mainstreaming” like this as a way to remove stigma. He knows that people who eat there will realize that it’s just another restaurant, thereby educating them and chipping away at the misunderstanding and misinformation.

He also founded India’s first LGBTQ retirement center, which is open to anyone around the world, no matter their religion, caste, nationality, or any other characteristic.