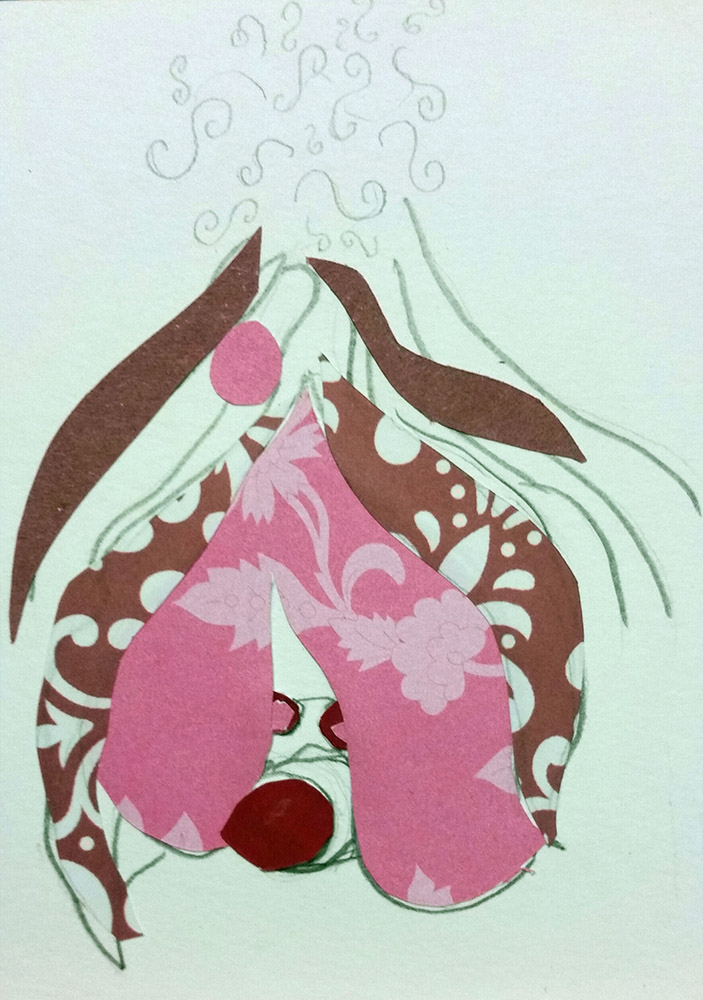 Tee Corrine’s photographs depicted lesbian sexuality. She deliberately and respectfully portrayed women of all body types and sizes, disabilities, ages, and ethnicities. Perhaps her best-known work is the Cunt Coloring Book. It wasn’t uncommon for printers to refuse to work with her due to this subject matter.

Once, after a photograph was rejected with a rude critique that Corrine felt objectified her subjects by discussing a perceived age difference between them, a short hairstyle and drooping breasts, she vowed:

True to her word, the photo became a best-selling poster that year. Yessss.