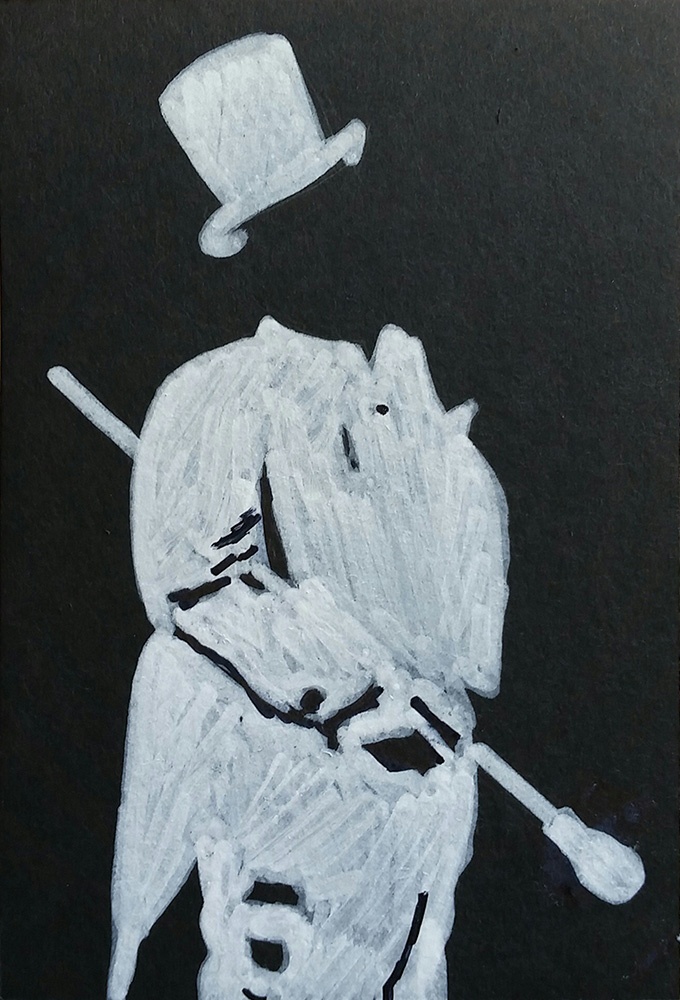 “La Bentley”, as she was sometimes known, was famous in the Harlem Renaissance for her talents (as a musician and charismatic performer who invented obscene lyrics to current pop songs), her sexuality (she bragged about marrying a woman in Atlantic City), her size (she showcased her 300 pound frame almost exclusively in white tuxedos) and her comfort with her body, her self, and her place in the world. Although many artists and musicians associated with the Harlem Renaissance were queer, she seems to have been the only one to make her sexuality a central part of her appeal. She didn’t try to pass or live as a man; she was emphatically a woman, though one living with the braggadocio and joie de vivre that was considered men’s territory.

Sadly, in the 1950s, with the rise of McCarthyism, Gladys Bentley denounced her queer identity. She wrote an article that declared her love of men, and blamed her earlier identity on trying to please her mother, who had taunted Gladys with the fact that she had wished for a son. She traded her tuxedos for skirts, and claimed to have married a man (though the man in question denied it completely).

She died not long after, but I’ll remember her as “La Bentley”, owning the stage and wooing the ladies.