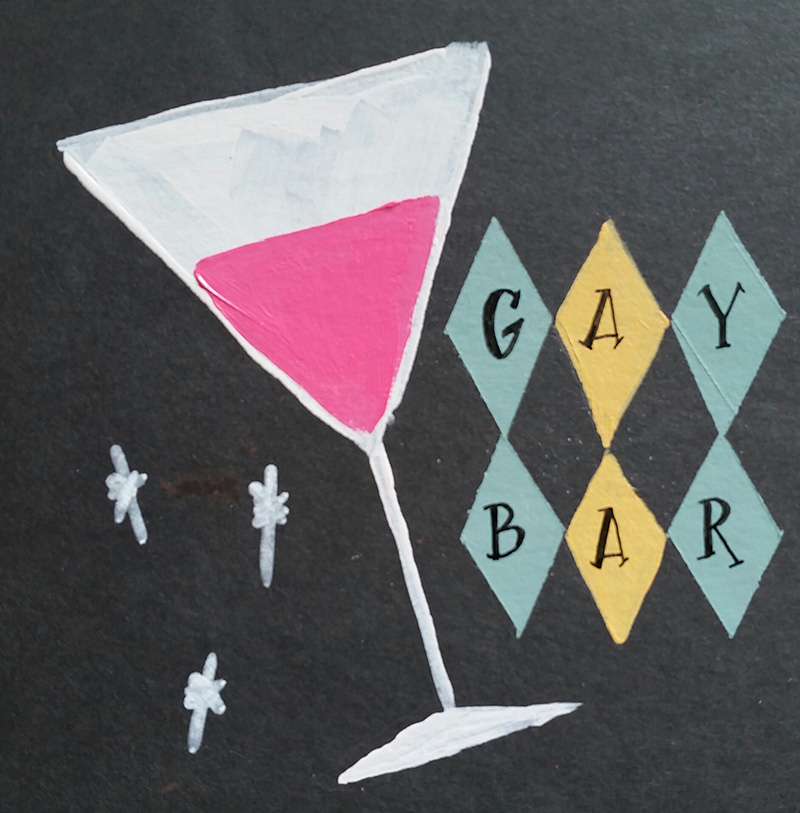 In 1955, a straight divorced woman named Helen Branson writes about her experiences running a gay bar in Los Angeles. The book is groundbreaking in its treatment of queers as regular people, and casts them in a (mostly) positive light. Branson writes about their “normal”, everyday jobs – they are plumbers and printers. She writes that they thoughtfully bring Branson gifts, and invite her to parties. The affection that Branson feels for her customers is real, and it sounds like it’s returned.

There is, unfortunately, blatant homophobia directed at drag queens and queers that don’t pass as straight, and this is painful for me to read. She recounts how she is deliberately rude to them, chasing them away because she is repulsed by their rebelliousness and need for attention. In short, she doesn’t want her place to become That Kind of Bar. It was actually shocking to read this, but then I remember that it’s the 1950s, where fitting in is everything. To be fair, in its day, the book would have been seen as cutting edge and supportive. The publisher, for example, worked with the Mattachine Society and Daughters of Bilitis, two queer activist groups, and also published One: The Homosexual Magazine.

It also feels all-too-contemporary in a way, because there is still so much homophobia, and let’s not forget, internalized homophobia by us queer folks. The murders in Orlando have brought this more to the forefront because even if people are well-meaning, they have been giving themselves away all week with their comments.