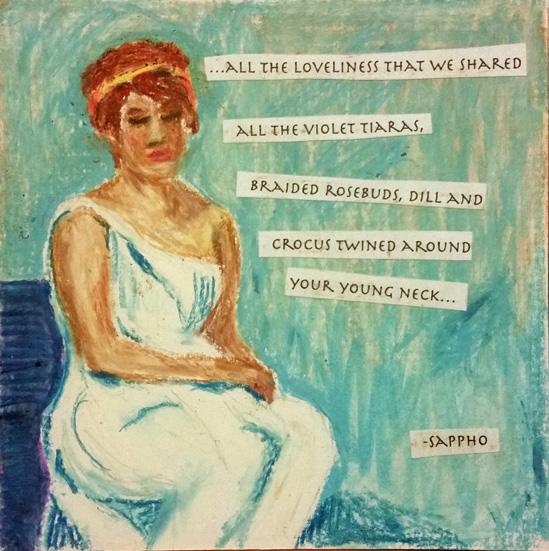 A different queer person or moment every day of Pride Month. Today, Sappho!

She was a very well-admired Greek poet who lived around 600 BCE, who set her poems to lyre music that she composed herself. We get the word “lesbian” from her birthplace, the Isle of Lesbos. She was famous in her day and romanced many of the female students that were sent to her to learn the art of writing. Many of her poems were love poems, written explicitly to women. We’ve lost most of her complete poems over the years, with only fragments surviving, including some manuscripts that were torn into strips and used to wrap mummies.