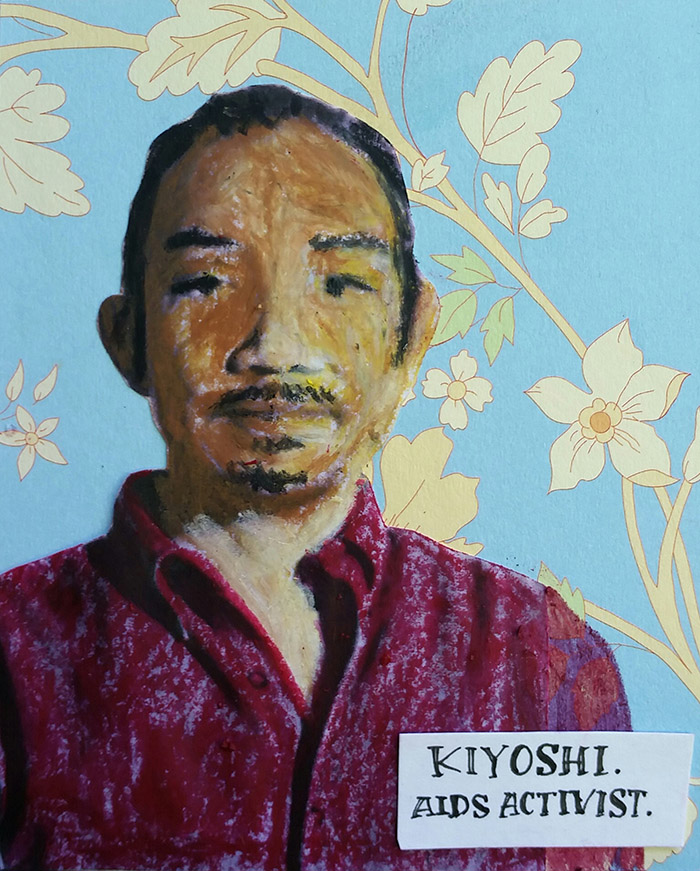 I really believe that activism is therapeutic.”

Kiyoshi Kuromiya was born in a Japanese internment camp in rural Wyoming during World War II. As a college student, he participated in some of the earliest demonstrations of the civil rights movement: “Annual Reminders” held in Philadelphia in the 1960s on the 4th of July.

He was active in many capacities in the gay community, notably as a gay delegate to the Black Panthers convention when they endorsed the fight for gay rights, as a proponent for medical marijuana, and as a litigant against the Communications Decency Act. Despite all this, he was probably best known as an AIDS activist. After his own diagnosis in 1989, he founded an AIDS resource center that served as a nexus for information, support, and action.

Fun fact: Kuromiya assisted Buckminster Fuller in writing a book on technology, and was a nationally ranked Scrabble player.