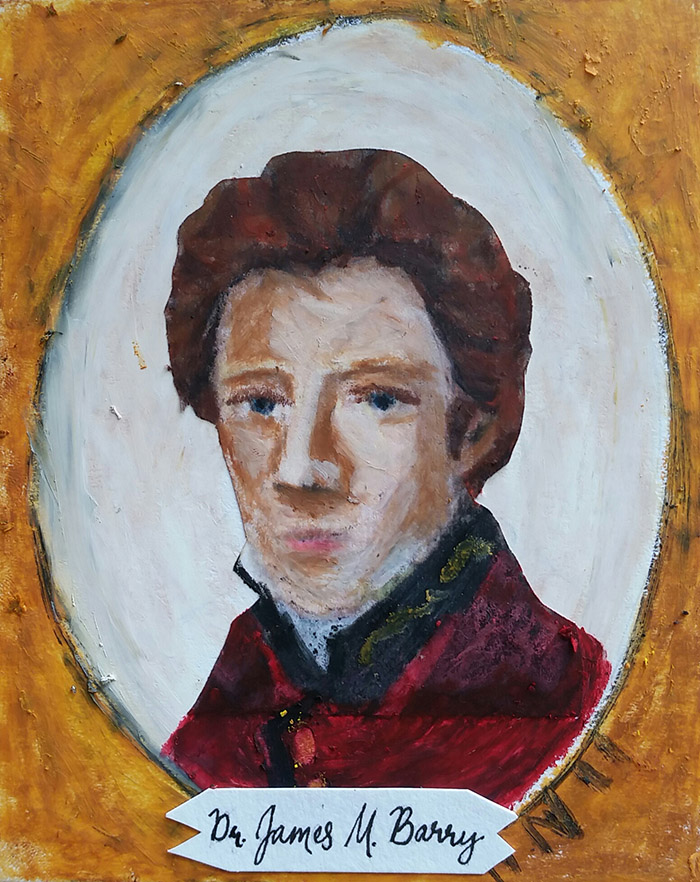 Circa 1800, James dressed as a boy and entered college at age 10, graduated medical school at 13 and became a surgeon in the British army.

As if he weren’t already proven to be brilliant, ahead of his time, and on the right side of everything, he was also against slavery.

At his death, it was revealed that he was born a woman, when his body was undressed to prepare for burial. This was explicitly against his wishes – the undressing, not necessarily the burial – since he’d repeatedly stated his desire for his body to remain untreated in any way, and to be buried in the clothes in which he expired, with only a sheet wrapped around the whole package. No undressing – it was very clear, and expressed many times during the last 25 years of his life, at least.

Interestingly, the feminist and queer movements have begun a tug-of-war over whose camp he belongs to . . . was James a woman forced to live as a man in order to realize a dream of becoming a surgeon – a course that wasn’t open to females – or a queer who identified as a man and lived his life accordingly?

There was a Hollywood movie several years ago that spun James’ biography by introducing a heterosexual love affair with a male governor who fell in love with James as a woman. This is unsubstantiated by any historical documentation. Some accounts that I suspect have been “straightened up” (we’ve seen it before) state that the servant who undressed James at death saw abdominal stretch marks that proved James had been pregnant into late term.

Although we’ll never know the true story – James never recorded any thoughts on the subject – Yours Truly, a Queer Feminist, has to side with the queers.

First, there’s his lifelong insistence on never being undressed, even at death. If James were living as a man only for career purposes, the case could be made that the empowered-female-within would have wanted to be unmasked at the end of life.

But my best piece of evidence? Written accounts call James a notorious “lady-killer”!