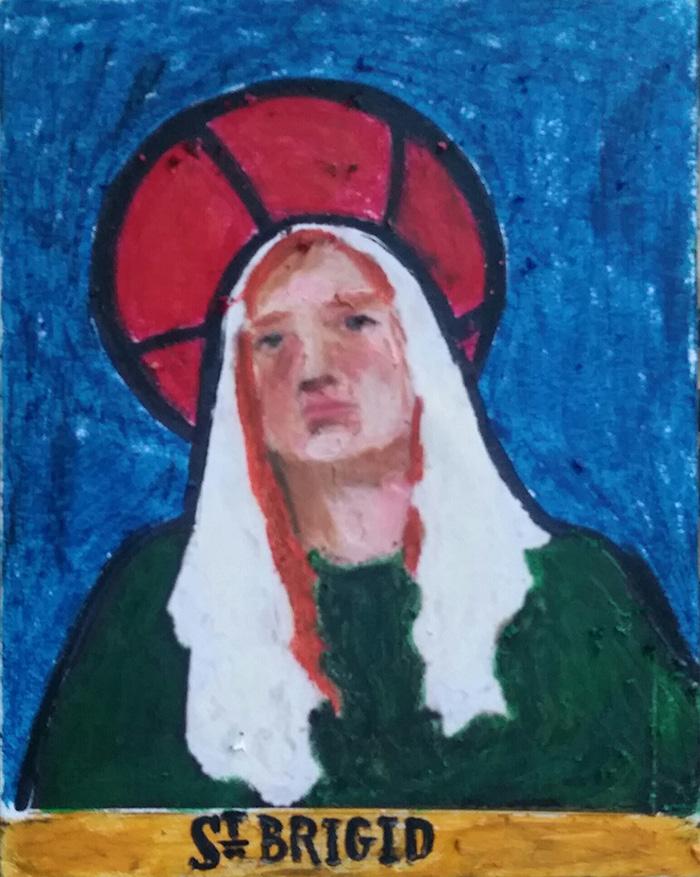 St. Brigid was an early Catholic nun, (who was probably a Celtic goddess and “Christianized”; her feast day is the same as the Druid Imbolc, which celebrates spring). She founded convents all over Ireland that focused on education and art. I read somewhere that she also enjoyed beer.

She was very close with another nun named Darlughdach, who was significantly younger. They shared a bed together at the convent, and were so close that when Brigid had a vision of her upcoming death, Darlughdach prayed that she might have a simultaneous death, because she didn’t want to live without Brigid. Brigid begged her to hold on for a year, to continue Brigid’s work at the monastery, and Darlughdach died exactly one year later, to the day.