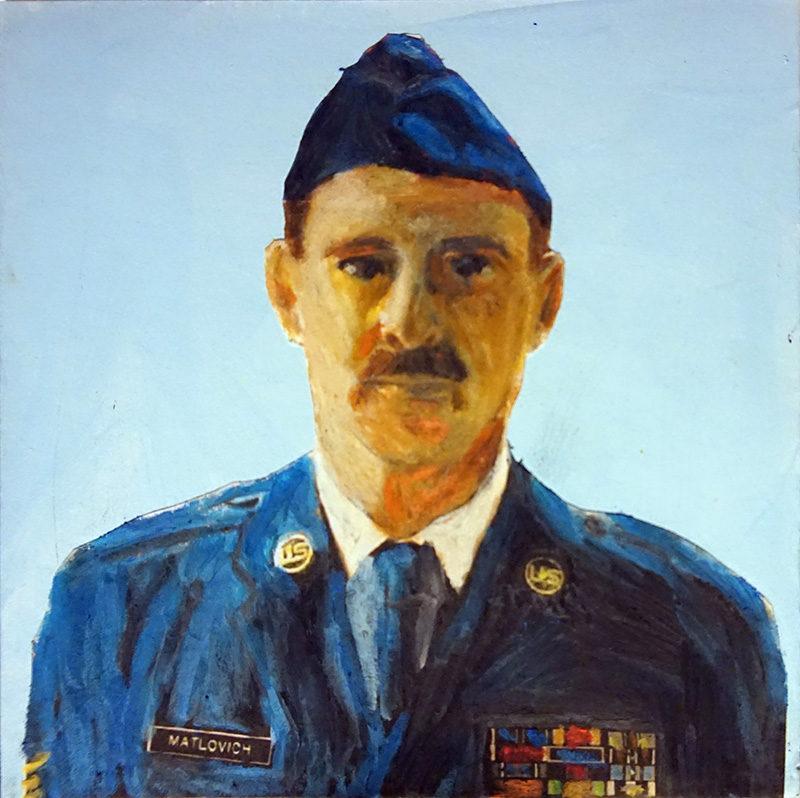 Technical Sergeant Leonard Matlovich won the Purple Heart and Bronze Star for his service in the Air Force during the Vietnam War but was discharged when he came out as gay to his superiors and refused to sign a pledge to “never practice homosexuality again”.

This was a calculated move to try to test anti-gay policies in court, and with his spotless record, Matlovich was the perfect face of this campaign.

Time magazine featured him on its cover in 1975, the first openly gay person to land there, and the first time the gay rights movement was featured. This was back when Time was a big deal and brought the queer struggle to lots of American homes via their mailboxes.

Matlovich sued for reinstatement and won in court, but the Air Force preferred that he accept a financial settlement instead of reenlistsing. It was only $160,000, but he took it. He became politically active, and used his celebrity status to campaign against various anti-gay initiatives around the country.

In his last public speech, in 1988 as he was dying from AIDS, he said:

…And I want you to look at the flag, our rainbow flag, and I want you to look at it with pride in your heart, because we too have a dream. And what is our dream? Ours is more than an American dream. It’s a universal dream. Because in South Africa, we’re black and white, and in Northern Ireland, we’re Protestant and Catholic, and in Israel we’re Jew and Muslim. And our mission is to reach out and teach people to love, and not to hate…And in the AIDS crisis – and I have AIDS – and in the AIDS crisis, if there is any one word that describes our community’s reaction to AIDS, that word is love, love, love.

If you’re not already crying, there’s more. His tombstone reads:

When I was in the military, they gave me a medal for killing two men and a discharge for loving one.”

Not long after his death, I saw these words (or something very like them) on a panel of the AIDS Memorial Quilt when it came to UC Berkeley. I don’t remember the name on panel, if it was Leonard’s or belonged to someone else in similar circumstances, but I vividly remember reading it and crying huge, sobbing tears in the middle of Sproul Plaza.

Those remain some of the most powerful words I’ve ever read in my life.