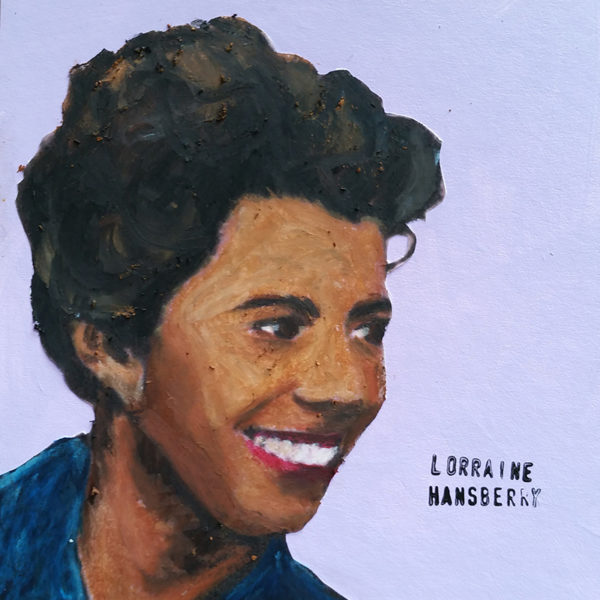 Lorraine Hansberry, Wax pastel on board

Lorraine Hansberry is the first Black woman whose play, A Raisin in the Sun, appeared on Broadway. She was also the youngest playwright so honored.

It pains me to say this, but through two unsigned letters that she sent to The Ladder, a lesbian magazine, in the late 50s, as well as lists that she regularly made for herself, we know that she was uncomfortable with her sexuality.

The lists, especially, show her ambivalence and her struggle to process her identity. They reference her delight at “the inside of a lovely woman’s mouth” and “69 when it really works”; her love of “slacks” and “Eartha Kitt’s legs”.

For me, though, the most poignant entry lists “my homosexuality” under the headings of both “I like” and “I hate”.