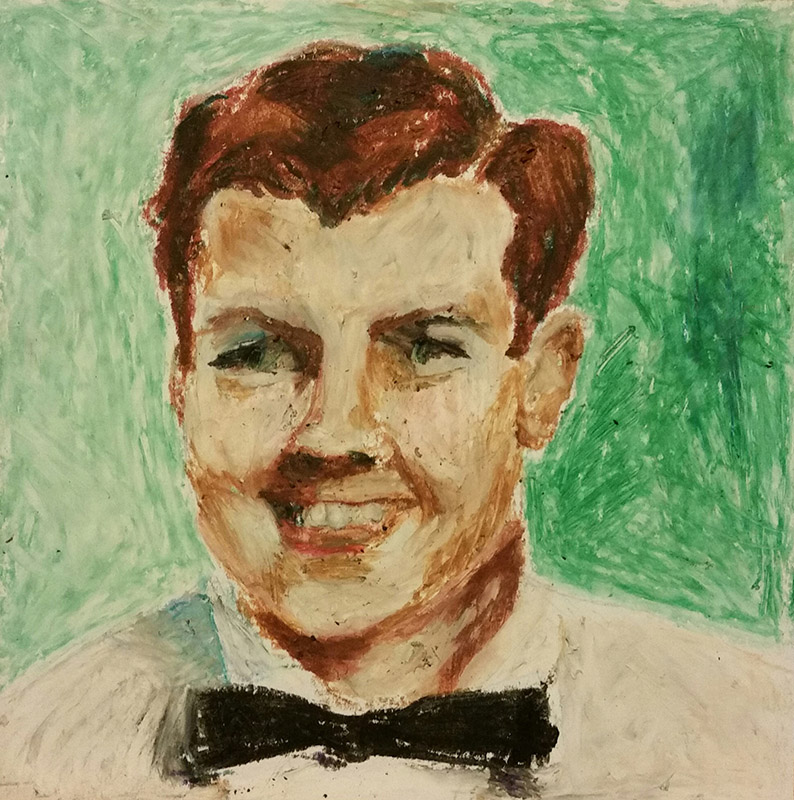 A painting a day during Pride, honoring LGBTQ people and moments!

Today is Billy Tipton, a jazz musician and big band leader who began living as a man in the 1930s, while he was a teenager. He went on to make a living from his music, marry several times, and adopt children. His secret was revealed only after death, to the surprise of everyone but two cousins.

I find his to be a very poignant story. He absolutely beams in every photo that I’ve ever seen, leading me to wonder about his interior life. Did he experience pure enjoyment at pleasures big and small? Small: wearing sharp hats, suits, and ties; smoking in public; crouching down in the dirt in a very manly pose. Big: succeeding in the man’s world of professional jazz; living his life the way he damn well wanted to.

Were these happinesses ever eclipsed by having to concoct stories to explain the binding of his breasts and the absence of male genitalia (to his wives, he blamed a near-fatal car accident)? Did having a secret life wear on him? Was he afraid of being found out? I wonder how his life might have been different in the 21st century, and I salute him for making his life what he wanted it to be starting in the 30s.