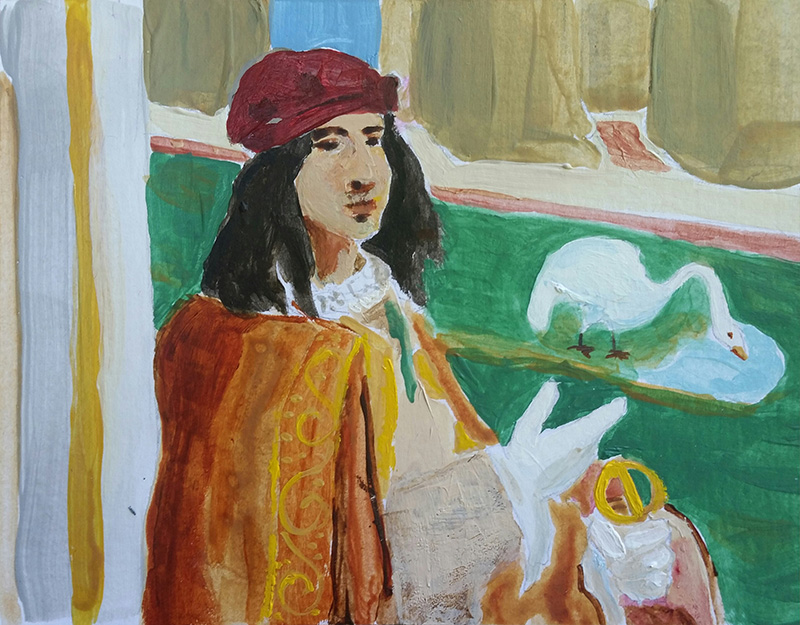 Il Sodoma was an Italian Renaissance painter who lived around 1500, and worked with Raphael and Pope Julius. He worked on both the Sistine Chapel and the Stanza della Segnatura in the Vatican (more commonly known as the Raphael Room). Unfortunately, he was fired from both of those projects, as were many other popular and talented painters of the day, because you know, it was Michelangelo and Raphael. Who can blame Pope Julius for zeroing in on those two?

Il Sodoma worked on many other projects too. At Monte Oliveto, the monks at the abbey where he painted frescoes called him “Il Mattaccio” (the maniac) because he kept a zoo of small animals (my favorite: badgers – who are included in the fresco with their red collars). His clothing leaned toward the flamboyant. He got his name (the Sodomite) from leering speculations about possible relationships with younger men and boys. Sodomy was in fact punishable by death in Rome at that time. Da Vinci and others were charged, but Il Sodoma never was.

Haters, look out, because he took that name away from you and started signing his paintings that way.