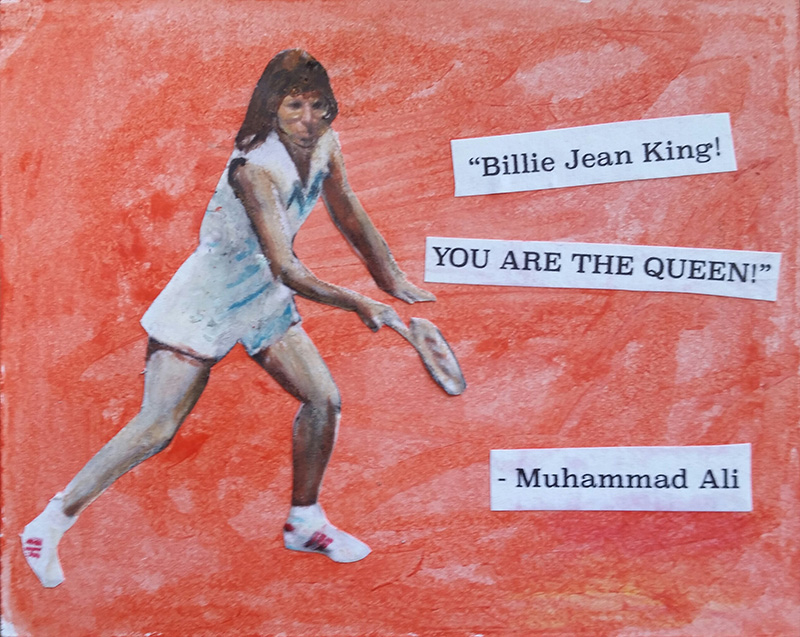 Over the course of her career, Billie Jean King won 20 Wimbledon titles and four U.S. Opens, 39 Grand Slam titles, and ranked as the number one singles player five times in a six year span.

In 1973, she won “The Battle of the Sexes” against Bobby Riggs, a former tennis champ, who had declared that women couldn’t play as well as men. This victory, as well as her fight for pay equality, changed women’s sports.

She has said that she realized later in life that she was a lesbian, but stayed in the closet for years due to homophobia from her parents, the sports world, society, and even herself. She was unwillingly outed in 1981 and lost all of her professional endorsements within 24 hours.

But her parents, and society, have come around since then. Over the years, she inspired an Elton John song, was admired by Muhammad Ali (rest in peace), acted on TV shows, and won more sports and humanitarian awards than I’ll name here, including the Presidential Medal of Freedom, and every award that tennis has to give.

She has created foundations that help to enhance the lives of women and girls through sports, and seek equity and social justice for all.