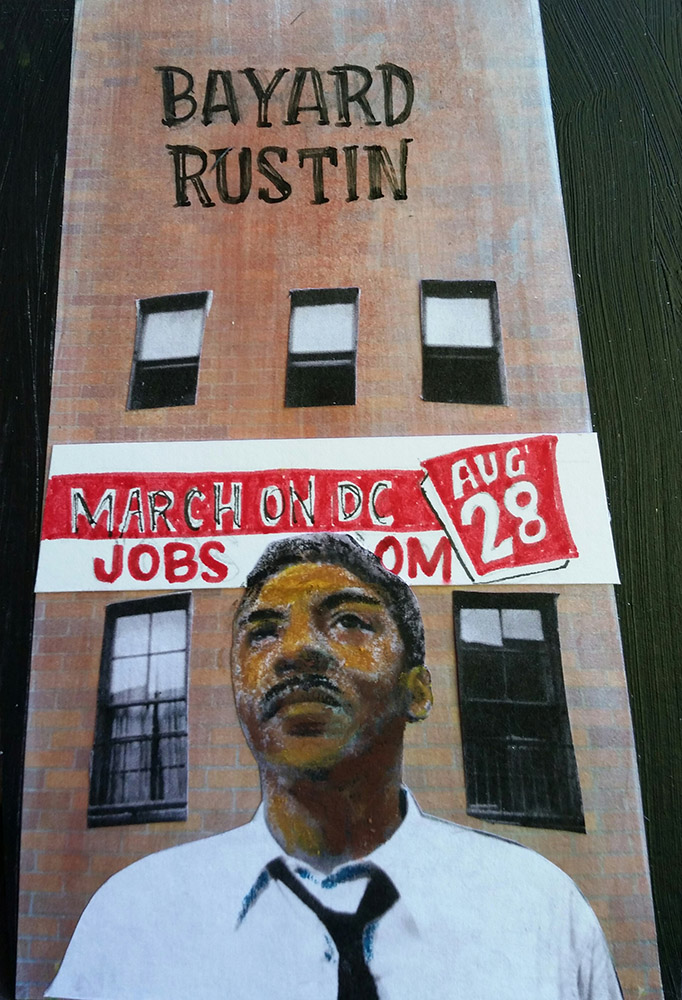 A painting a day for Pride Month. Today we celebrate Bayard Rustin.

Bayard Rustin was a Quaker and a pacifist who worked for social justice using civil disobedience. He fought segregation wherever he saw it: in the military, labor unions, NYC schools, on buses, in the internment system that forced Japanese Americans into camps during World War II. He organized Freedom Rides throughout the South. When he was imprisoned for refusing the draft, he fought segregation in prison dining halls.

In 1953, he was arrested for “sex perversion”. That charge was used to discredit him inside and outside the Civil Rights movement, with the result that he mostly served behind the scenes so that his homosexuality wouldn’t compromise the entire cause.

In that background capacity, he advised Dr. Martin Luther King, Jr. and organized the March on Washington in 1963.

On a side note, he had a beautiful voice, and recorded several albums.

In 1982, he legally adopted his partner Walter Naegle, a not-uncommon practice in those days, because that was the only legal way for gays to protect their relationship and establish some rights in relation to each other.