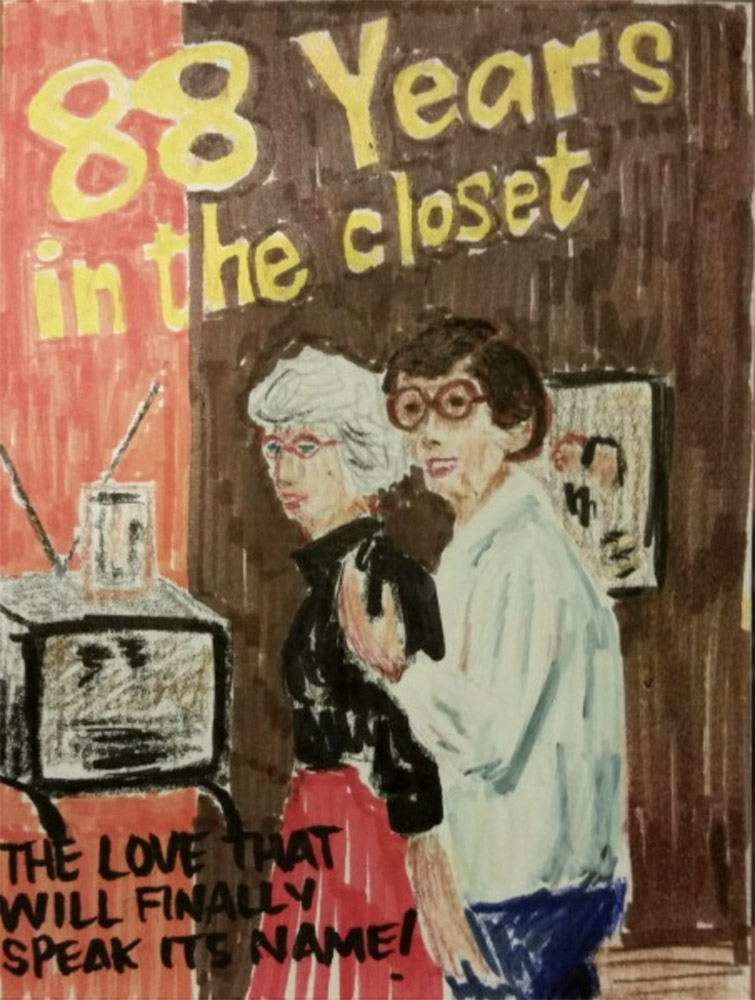 In 2007, a woman named Loraine mailed a letter. She had walked to the mailbox several times, but retreated home each time before she was finally able to drop it in the box and walk away. The letter went on its way and was eventually published in Newsweek magazine to a national audience.

The letter, which Loraine had written herself, described her closeted life as a lesbian, beginning as a teenager in the 1930s: a struggle to understand herself, frustrated male suitors, a secret affair. She told of meeting the love of her life, but keeping that love a secret from everyone close to them. She also announced herself as a lesbian, to the great wide world for the first time ever. Loraine was 88 years old.

The publication of that letter led to a documentary being made about Loraine’s life. I read the letter, couldn’t get it out of my head, and wrote my own letter to Loraine. We eventually became pen pals and she shared her first draft as well as more information about her great love, Mary, “the most loved and loving partner imaginable”. I felt very privileged to be let into this utterly personal space. Let’s celebrate Loraine’s bravery and sense of bravery -happy Pride!