In Sedona, we went to visit the Palatki ruins, which feature pictographs (images painted on rocks) and a few petroglyphs (images carved on rocks).

The area was inhabited by a tribe called the Sinagua (in Spanish, that means “without water”) around 650 AD, although some of the paintings and carvings date from 3000 – 6000 years ago.

As with most rock carvings and paintings, it’s hard to interpret now what they meant to the artists. It’s thought that the repetitive scratching were ritualistic acts performed by shamans; the antelope and other animals may have been prey. 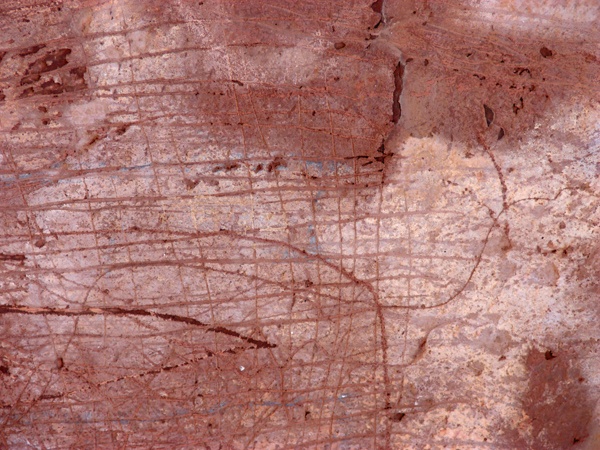 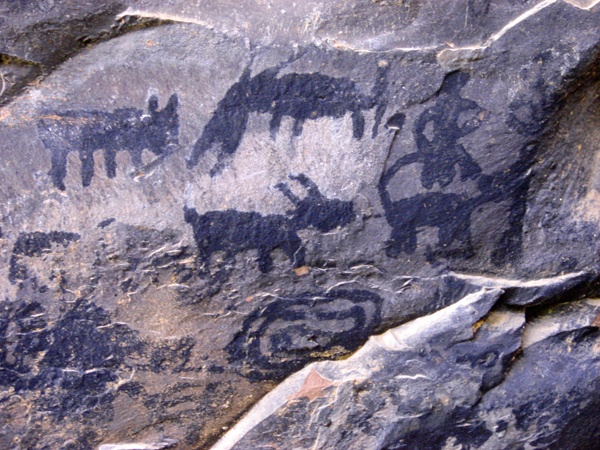 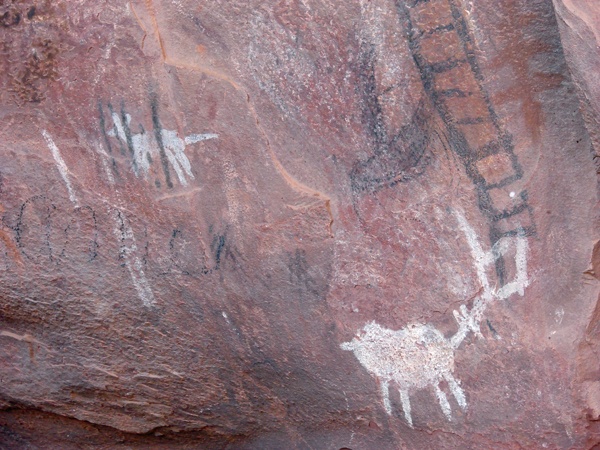