In honor of Abstract Expressionist New York at MoMA right now, I saw the documentary Who the #$&% is Jackson Pollock?.

It’s the story of Teri Horton, a 73-year old trucker who purchased a painting at a thrift store for $5–bargained down from $8–and then came to believe it was painted by Jackson Pollock. The movie is about the odyssey she then embarked on to have it authenticated as a Pollock, in hopes of selling it for $50 million. As Teri says at the beginning of the film–”You ain’t gonna believe this shit!”

The movie features her driving her pink-colored truck cab around town, hauling what seem to be several bulldozers, and sorting through trash in Dumpsters. She enthusiastically and unapologetically hunts down bargains, patronizes thrift stores, and calls herself a “Dumpster-diving granny”.

Her love of a bargain led her to the thrift store in question, where she purchased an abstract painting for her friend, who needed cheering up. Both she and her friend agreed that the painting was ugly, but when it turned out to be too large to fit through the door of her friend’s trailer, something had to be done. They considered using it as a target for dart games, but ended up placing it in a garage sale instead, where a local art teacher told her that it could have been painted by Jackson Pollock.

Priding herself on her tenacity, she educated herself about Pollock (sort of), met various art dealers, called galleries, and was generally relentless in trying to prove that Jackson Pollock may have painted this canvas.

But she ran up against a new concept: provenance, which every art dealer told her she could get nowhere without. Provenance, they told her, involved proving the list of previous owners of a work of art and how it changed hands over the years. This proof would be necessary to ascertain how a painting made by Jackson Pollock on Long Island could end up forgotten in a thrift store in Los Angeles. They predicted that no one would take her seriously without provenance, and they were right.

Teri is nothing if not resourceful. When she can’t get around the provenance issue, she makes up her own. In her new-and-improved version, the painting was given to her by a local bartender named Pops who had recently died. Pops had been present many years ago at a night of drunken revelry in Los Angeles when Pollock encouraged his friends John Wayne, Joan Crawford, James Cagney, and others to paint with him. Pops ended up with the painting, which he gave to Teri. Teri claimed that when she contacted dealers with this outlandish tale–and I’m sure she told it with flair–none disputed her claim, and one allegedly even said he himself was also acquainted with Pops. 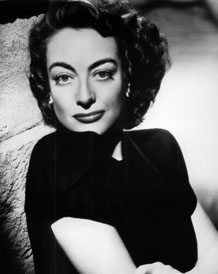 Well, I find that hard to believe, though I can’t say I would’ve challenged Teri and her mouth either, but the sequence of photo montages of old-school Hollywood stars, and the fictional Pops’ declaration that Pollock signed the painting with his penis is one of the funnier moments in the film.

Teri continues on her quest to prove that Jackson Pollock painted her painting. At some point, the painting is moved to a climate-controlled storage facility in New York City. Frequent cut-away shots show the painting in this sterile environment, dramatically spotlit and curiously dry-looking. (I can’t imagine how Teri is paying the rent on that space, though I would bet she hauled it cross-country herself).

Various art historians, curators, even a friend of Pollock, are interviewed throughout. Most notable is Thomas Hoving, former director of the Metropolitan Museum of Art, who is a caricature of a caricature, with an upper crust accent and utter disdain for this elderly, truck-driving, Dumpster-diving granny. His poking fun at her pronunciation of “provenance” is poor sport and contributes heavily to the drama of David versus Goliath which the movie cultivates–a hard-living truck driver, and a female at that, against the rich, privileged men of the New York art world.

In my favorite line of the movie, Teri declares that “The whole art world is a bumble-frackin’ fraud”.

Unable to prove provenance, Teri hires a forensics expert named Paul Biro to try to scientifically ascertain that her painting is a Pollock. Biro’s area of expertise seems to be in fingerprinting, and he had some past success in attributing a J.M.W. Turner painting through fingerprints. Given that Pollock had never been officially fingerprinted, Biro travels to his studio on Long Island to try to lift any latent prints from the paint cans, brushes, or other surfaces in Pollock’s studio, seemingly untouched since his death more than 50 years ago. Biro finds a partial print on the label of a paint can and subsequently matches it to a print left in paint on the back of Teri’s canvas. He alleges that these prints both belong to Pollock, and the movie says later that a match was also made to another fingerprint, on the back of another Pollock painting.

As much as I was rooting for Teri, this is where I have some quibbles with her quest–or at least with the movie’s depiction of what happened, what is sufficient proof, and what one can reasonably be expected to believe. At one point, Biro says he doesn’t want to use a particular thumbprint for comparison, because it is “too large”. He seems to think it’s a real anomaly and subsequently abandons it and moves on to a discussion of acrylic paint comparisons (more on this below). Yet, this too-large print is never mentioned again and I found myself wondering, What was up with the too-large fingerprint? How large is too large? Why was it so troubling to him at first, and why did he return to it? The print eventually seems to prove satisfactory, because there is Biro, using it in his analysis after all.

Biro also analyzes the floor of Pollock’s studio and finds microscopic acrylic residue on top of larger swaths and drips of oil/enamel paint, a finding which apparently mirrors Teri’s canvas. One of the experts disputes this finding, saying that acrylics weren’t invented during Pollock’s lifetime, though one of Teri’s experts disagree. [I don’t definitively know when acrylics went into wide distribution (sometime in the 1950s), and whether the limited work Pollock did in the years just before his death featured acrylic paint, but I’m willing to let this one go because I have other, more concrete, questions about the scientific evidence and how it was collected].

Teri receives and rejects a couple of low-ball offers for the painting from private collectors. Well, they’re low if the painting is indeed a Pollock. If it’s a $5 thrift-store knock-off, then she makes out.

Somewhere along the line, the painting becomes an albatross around Teri’s neck. Her natural tenacity, as well as a need to prove those snotty experts wrong, and I suspect money troubles, lead her to overreach. She begins to complain of exhaustion and claims she no longer cares what happens to the painting, except that it be taken off her hands.

She turns to Tod Volpe, an ex-convict art dealer who was convicted of defrauding his clients, including Jack Nicholson, of millions of dollars. In Volpe, she sees the access to the upper echelons of the art world that she will always be denied. Volpe forms an investment company whose sole purpose is to authenticate and then sell Teri’s painting.

Teri insists that it’s worth $50 million, which they can’t get, even with Volpe’s access and charm. Teri receives her most promising and lucrative offer–$9 million–and still won’t sell.

By now, the authentication and sale of the painting is the Moby Dick to her Ahab.

The movie trades heavily on the idea of the little guy against the big bad art world. I would have loved to see Teri take it on and win, but her teaming up with Volpe is one more questionable and/or desperate aspect of her quest. Maybe it made sense to throw in her lot with Volpe, so that all of the “bumble-frackin’ frauds” could work it out amongst themselves.

Although thoroughly enjoyable, after the credits rolled, I was left with some unresolved questions.

One art world expert said that Pollock was very tight-fisted with his paintings–that he was known to reject offers to buy them which he considered low, and did not part with them unless he received every penny of what he thought they were worth. Meanwhile, one of Teri’s experts said that Pollock was famous for giving away his paintings during fits of drunken generosity. The discrepancy was never explained–which version is more credible?

Regarding the fingerprint discovered on the paint can in the studio, we’re left to wonder whether that is definitive. Again, the sides differ: Teri’s experts say that Pollock never allowed visitors to his studio, so the print must be his; while the art world experts say that anyone could have come in and left it. Who’s to say? I do know that in this day and age, in a courtroom, all the reasonable doubt in the world would be created by saying that Pollock was an alcoholic, and hinting that even if he didn’t give his permission, anyone could have traipsed in and out of there, leaving fingerprints as they went. A lawyer today would also (successfully, I think) be able to question the chain of custody of physical evidence that was “discovered” over 50 years after it was supposedly deposited–in a space that has been open for years for tours and research.

The issue of the too-large fingerprint also troubled me, as mentioned above. And while we’re on the subject of fingerprints, my subsequent research (to learn whether the painting had sold since the making of the movie) revealed that the third fingerprint which Biro apparently discovered and matched to the ones on the paint can and the back of Teri’s canvas came from a Pollock from Biro’s personal art collection. Hm. While I don’t believe everything I read, especially on the internet, that sounds a bit convenient to me.

One copyist (he coyly says he is not a forger) states in Teri’s defense that forging a Pollock would be far too difficult, yet it would be naive to think that the artist who became something of a rock star after an interview by Life magazine which asked: “Is he the greatest living painter in the United States?” didn’t have artistic admirers who tried to directly mimic his style.

And, how did the painting end up 3000 miles away from Pollock’s studio? I could see an amateur Pollock fan from the west coast painting an homage, which eventually was forgotten and found its way to the back of a thrift store. Hard to believe that could happen to a real Pollock, given his star wattage during his lifetime and after his death.

I promised myself I wouldn’t make too much of the fact that the director, Harry Moses, is the brother of actor William R. Moses–who played Allison Parker’s boyfriend Keith on the original Melrose Place, or that the film’s inclination toward the dramatic over full factual disclosure had anything to do with that…instead, let’s just leave it as a Fun Fact.

Great movie, lots of fun, but I’m not sure that they’ve proven their case. Or, as Volpe argues at one point, it’s not their job to prove Teri’s painting is a Pollock; it’s everyone else’s job to prove it ISN’T. If that’s the case, they’ve done their job because I’m not convinced–even though I would’ve loved to have been.